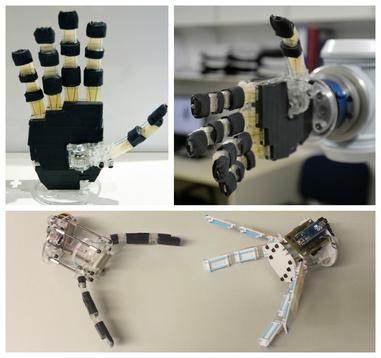 They can make the creation of fully-automated factories very affordable and attractive for the Scalable, Portable, Automatable and Closable Ecosystem (SPACE) House. Fully-automated factories require little or no human intervention to operate 24 hours a day, with fewer production errors and no salaries or benefits to pay. Mass production allows you to reap the savings of the economies of scale without sacrificing quality. These significant savings are passed on to consumers.

Raw Materials
All of the raw materials needed for the fully-AMP of All thrival necessities can easily be harvested from the generous amounts of recycled materials that humans produce on a daily basis. Even our sewage is a valuable source of hydrogen and fertilizer, while hydrogen and construction materials can be extracted from landfills, using plasma arc gasification (see Energy-n-Sanitation). Combining the existing technologies of self-driving cars with automated waste collection trucks to automate the collection and delivery of recycled materials to the fully-AMP factories, will create additional automation savings.

So, if producing, harvesting and delivering the raw materials to fully-AMP factories is quasi-free; and the fully-AMP of each SPACE House is also quasi-free; then their low costs can be distributed so that healthy quantities, for each person/family, becomes absolutely free and unhealthy quantities become prohibitively expensive. Public and private sector grants/subsidies could also assist to easily make the SPACE House totally free for consumers, eliminating poverty! Note that only the base models of each SPACE House would be free. The versions with more features would entail a proportional monetary cost.

Finally, an end to global pollution can be achieved, at the same time, by enforcing the strict adherence to global ACE standards for All products and services, including thrival necessities! A thrival service provides individuals with the tools to help them to reach their full potential, in regards to their personal talents and health.

They can be as expensive and as rare as companies and society want to make them, as long as they do not cause pollution or poverty, directly or indirectly.

How can we pay for the sweeping changes proposed on this website?
Once SPACE Houses exist in sufficient numbers, poverty and the burden of huge poverty-associated costs will also disappear. The same applies for sharp decreases in crimes, pollution and wars. Pollution-free thrival technologies will also help to open up the vast riches of space to humanity. These are excellent reasons for both businesses and governments to accelerate the transition to a thrival civilization.

What We Still Need To Achieve

We only need to adapt the current Automatic Factory versions of each Thrival Necessity to mass produce Thrival versions. Versatile and inexpensive workbots, like Baxter, will make this possible. Here are other automation companies which can help to make this possible:
http://www.controlglobal.com/extras/controls-top-50-automation-companies/

Adding the "Affordable Prosthetic Hands" from Open Bionics http://www.openbionics.org/videos_experiments/ to Baxter robots could really expand the possibilities for automation and for a vast range of other beneficial uses! 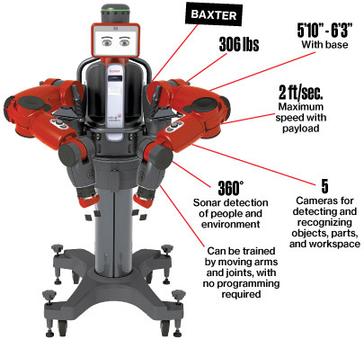 Rodney Brooks, who invented the Roomba vacuum cleaner, also designed a game-changing workbot, called Baxter. Baxter is different from factory robots because it can work safely with humans, anyone can train it - it does not have to be programmed, and it costs far less that typical factory robots. http://www.rethinkrobotics.com/baxter/ 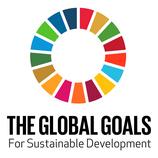